Finding food items like condiments and sauces isn’t hard as most stores have them. Dollar General is one of those retail chain stores that sell a variety of stuff. So, does Dollar General sell soy sauce?

However, it only had one product when I searched. The company may soon bring in new stock soon.

What Sauces Does Dollar General Carry?

I found three products when I searched; two from Lea & Perrins and one from Pampa.

Worcestershire sauce is one of the most popular condiments you can use in multiple dishes. Invented during the first half of the 19th century in England, it got its name from the place where John Wheeley Lea and William Henry Perrins created the famous sauce.

Yes, I saw three products when I searched online, one from Old El Paso and two from Las Palmas.

Unlike several other sauces mentioned earlier and below, enchilada sauce is hot as its base has red or green chilies. The degree of heat can be mild to very spicy, but the mildest one is still spicier than most sauces.

Dollar General has Alfredo sauce from Preggo, Bertolli, and Ragu. If the company doesn’t add more to the stock soon, the items will run out pretty fast.

A little about Alfredo sauce before I go to the following sauce: it’s an Italian-American pasta sauce which contains heavy cream, butter and parmesan cheese. It’s a condiment commonly served with fettuccini pasta.

While the item’s name has “taco” in it, taco seasoning is versatile as you can add it to plenty of other dishes like snacks, salad, soups, marinades and casseroles. You can also use it in rubs and dips.

The following are some popular brands which you can find at Dollar General. They are

I didn’t find any tartar sauce when I searched it, but it may be because it’s out of stock. You can check out the outlets from time to time to see for new arrivals.

Tartar sauce has a base with mayonnaise or aioli and other ingredients, including capers, dill pickles, gherkins, onions, lemon juice (or tarragon) and chopped parsley.

What Other Sauces Can I Find At Dollar General?

The company does sell cocktail sauce, but currently, only brand Heinz cocktail sauce is available, and that too is only at in-stores.

Currently, I only found one product, Contadina Tomato Paste, that you can use as Marinara sauce.

When I searched for pizza sauce on their online store, I found two products. They are Clover Valley Tomato Sauce and Contadina Tomato Paste.

My search didn’t produce any results, but it may be because the products are out of stock.

When I searched their online store, I didn’t find any cranberry sauce, but they may soon have it.

You can find an A1 sauce at the store, but items may be running out of stock unless the company brings in new products.

Spaghetti sauce is available in plenty at Dollar general. You will find items from Prego, Hunt’s and Ragu.

Sweet and sour sauce is also available at Dollar General, but only a few types are there. Kraft Sweet & Sour is one of the items available right now.

Teriyaki sauce isn’t available at the online outlet right now, but it may arrive in stock soon.

Dollar General appears to have most of the sauces, and they are available at great prices. Some are likely out of stock, but they may be back soon.

If there is a Dollar General in your area, you can visit and check. You might get lucky and find more items. You can also out the online store sometimes to find the best deals. 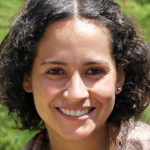 Shrusti loves to "life-hack" her kitchen. She likes to optimize every small facet of her kitchen so she can pump out healthy and delicious food for her family quicker!

As an Amazon Associate I Earn from Qualifying Purchases.